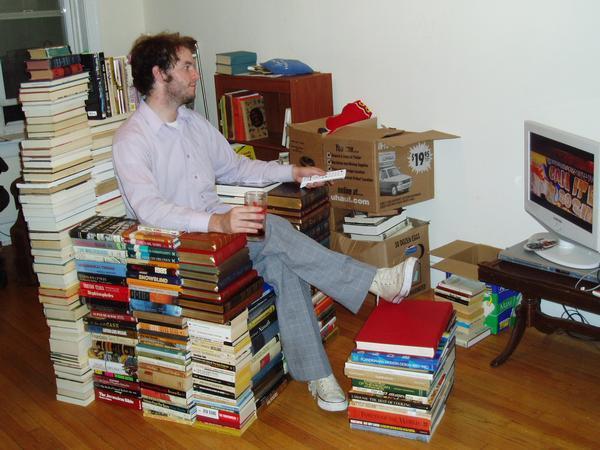 This post has been a long time coming. In fact, I feel like this will be my worst post ever, because my subject is a king of the pen and I only want to impress him with my feature on his work. The person I am speaking of is none other than Ben Ness aka Doc Waffles. Before I get wordy, go ahead and cut on “Everybody Twist” (from his unfinished second album The Bon Vivant), which is below this paragraph. This will set the mood and help uncover the genius of the hip hop literary agent, Doc Waffles.

When I think of hip hop as a medium, I contemplate often of the possibilities of how it will evolve. For me, there are only two real ways that the music can expand – sonically and lyrically. I know, d’uh. With the conversation addressing hip hop and its curious journey always hovering around the question of “what’s next,” it bodes peculiar that there is not more energy put into the growth of the music itself than the hoopla that surrounds it. How about we close this can of worms though, mmkay?

In the two areas mentioned, the only one I can dissect scholarly is the lyrical arena. As someone who writes the occasional rhyme when the spirit moves me, I appreciate the art of rapping at a very deep level. It gives me great pleasure to be able to share my appreciation of the work of Doc Waffles, because there is no one like him. No one. You may not want to believe that, but you would be wrong. I mean seriously, have you checked out Golf View Drive yet?

Now my man Doc Waffles has been someone that has captured my envy and zeal ever since I had the chance opportunity to build with him at his old place of work. It was at the John K. King Books North location, which also so happened to be where the intrepid lyricist recorded his debut album. There was something about seeing a guy engulfed in old books that was a little intimidating.  Ben was actually quite cool and he gave me a copy of his debut album, which has changed the way I felt could be done with rapping.

Upon first listen to Golf View Drive, you notice quickly that the raps are not your average free mp3 fodder. This realization puts you in a situation that gives duplicitous meaning to the phrase “split second.” In this split second, I think this is what separates the fan from the disapproving. Waffles’ style of rap is not for the meek; be gone ye seeker of the traditional boom bap rap. Sure, the beats sound normal enough, dated even. But “Welcome to Golf View. Welcome to this land of steaming, manicured fairways, big ass backyards, 3-car garages…” is your instant tip-off that Mr. Ness did not come to assimilate in your cypher.

Waffles flips words like an English Lit major. Now this is not something brand new or refreshing. There are many rappers of all sorts that love to embellish their verses with $100 words they jacked from their rhyming dictionary. The difference with Mr. Ness is he does not use them to impress you; he is not doing it to sound learned. He is that guy, academically trained in the language of prose. You can tell from his songwriting approach that he is tackling something bigger than the art of rhyme. Doc Waffles is “getting Duchamp” on us as he would say.

Songs like “Front 101” and “Veal Scalopini” comes off like social commentary that would make Ivy League profs like Dr. Cornell West reconsider trying to attempt to do music again. It is not that he spends any time explaining to us, the listeners, what he is doing. This is where if you do not have the patience, you may not come to appreciate it. Golf View Drive is a concept album that I believe many well-educated, suburban-bred hip hop lovers need to hear. Just as trans-formative as some of the best rap has been on our lives, GVD turns that experience on its head. Luckily, Waffles has made it available for as a digital download.

My favorite cut is “Nursing Home.” It is my goal to arrange for Waffles to film a proper visual to accompany the already vivid depiction of a gentleman dealing with the annoyance of having his aging mother live with him in his family’s home. This narrative truly shows Waffles’ range, if not moreso what the command of the English language can actually achieve.

I am not saying Doc Waffles is the best rapper ever, but he is definitely a one of one. And he is getting better each time at bat. You can try to say he sounds like MC Paul Barnum. Umm, no. Check out the cuts from his follow-up projects in The Bon Vivant and How To Shoot Quail. There is no one penning raps like him that is like him. Many have tried, but none have been interesting enough to take seriously.

See for yourself. Click the links above to listen to the songs beforehand. Really listen to Waffles’ words. You can download it for free or pay-what-you-want and get a better quality verison. He is the real deal. If you think I am offbase, let me know in the comments.

As I stated before on this blog, many of my current favorite artists are actually close friends of mine. Today’s AVG is actually a new video for a lead single from friends of mine. Today, October 13th is the release of my major Cali peeps’, People Under The Stairs, seventh studio album titled Carried Away on OM Records. This video is for their lead single, “Trippin’ At The Disco.” If you are anything like me, you should find this video highly absurd and ridiculously funny. I mean, how else are you supposed to see it, there’s a disco boot in it!

If you’re feelin’ the P, then you should revisit the promo video done by Controller 7. Make sure you pick up their latest album, out today! 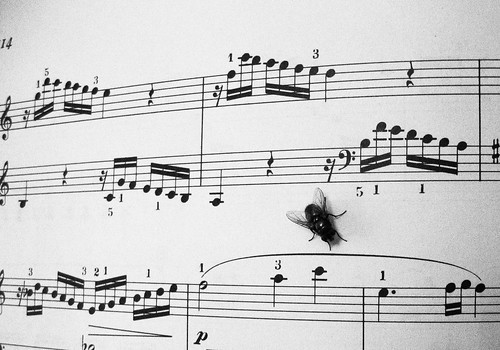 A young lad from The Netherlands wrote a 20-page paper exploring 5 recent case studies dealing with the online promotion of new music content (download PDF here). The gentlemen’s name is Bas Grasmayer. Remember it, I think this fellow will be making plenty of noise in the near future. For more information about his thesis, check out his Future of Music Distribution Tumblr.

As I get ready to attend my first new music conference, I decided to re-read Bas’ paper to get my mind in the zone to talk about the new music industry. I have been talking a lot on this blog about what artists need to do to brave this paradigm shift and stay relevant in a sea of noise. Bas’ paper did not necessarily showcase anything I did not know, outside of the silly Groove Armada/Bacardi business, but it did fortify my thoughts on what works. In fact, I want to help you out by listing the 5 things Mr. Grasmayer suggest works in the new music frontier.

The first three are my favorites. In fact, I think one should fuse them together when putting together a proper marketing strategy for any project. With the right approach in what I am going to call “the trifecta,” buzz will be imminent and co-branding will be a serious option with a relevant partner.

If you get a chance to peruse Bas’ paper, I definitely would like to make the comment section here a place to hold a virtual forum.  PLEASE.  Share your thoughts! 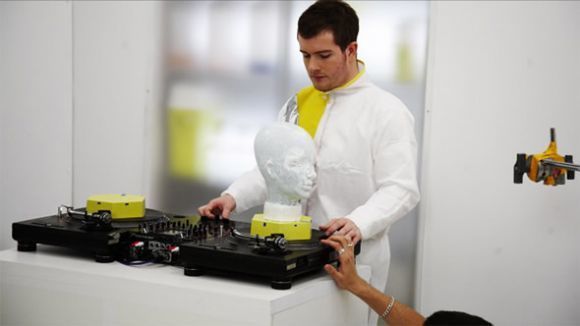 Ever since I saw the Pomplamoose videos on their YouTube channel. I have been really receptive to quality Audio/Visual Gems that are off my radar of the internet. This one is no exception. Featuring world famous DJ crew, Scratch Perverts, this is a fantastic display of cutting edge technology and imagination. I wonder what the production budget was for this video less than 3 minutes long. Let me say no more and you check it out for yourself:

All you have to do is google “content is king” and you will see how it is become the golden rule in any area of production. Music is not exempt. In fact, it is almost paramount to the survival of most bands in the new music industry paradigm. If you – as an artist – do not have a lot of material on deck for your patrons to consume, then you may be quickly forgotten. The internet is a body of fluid that you cannot build an arc to circumvent. You enter the space, then you should not be surprised by being bombarded with … stuff.

Well, as a tastemaker, it is hard to try to sift through everyone and pull out the quality stuff to share with the world. Luckily, I have met a lot of cool people in my travels and they also have excellent taste. I find myself relying on the recommendation of friends just as much as my own intuition these days. Recently, my friend, Michael Carianoff, posted a tweet about this band he had been digging. Taking the plunge immediately, I found myself scouring the internet for an hour researching this band.

And to think, it all started with a Beyonce cover:

Pomplamoose is a duo based in California. It seems that they have been building a solid fanbase through their YouTube channel showcasing their “VideoSong,” which there are two rules for the creation of them:

They are seemingly whimsical; even though, it is an edited video. You get the sense of the personalities of the members of the band, Nataly Dawn (lead vocalist, bassist) and Jack Conte (multi-instrumentalist, vocals). Some of the videos have almost 500,000 views. With that kind of traffic, they could definitely leverage that into possible sponsorship deals and even get some ad-support (read: new income streams).

It is this kind of thinking that artists need to develop in order to make a real crack at building a career with their wares. Remember, content is king. If you are not creating things that people are interested in consuming, then do not be confused when no one pays attention to you in the sea of noise.

I hope to showcase other groups that are creating unique content to build fanbases viral(ly). If you know of some, feel free to share in the contact form up above.

In the meantime, check out Pomplamoose’s cleverly cute rendition of “September” by Earth, Wind and Fire:Pomplamoose is a duo based in California. It seems that they have been building a solid fanbase through their YouTube channel showcasing their “VideoSong,” which there are two rules for the creation of them: What you see is what you hear (no lip-syncing for instruments or voice). If you hear it, at some point you see it (no hidden sounds). They are seemingly whimsical; even though, it is an edited video. You get the sense of the personalities of the members of the band, Nataly Dawn (lead vocalist, bassist) and Jack Conte (multi-instrumentalist, vocals). Some of the videos have almost 500,000 views. With that kind of traffic, they could definitely leverage that into possible sponsorship deals and even get some ad-support (read: new income streams). It is this kind of thinking that artists need to develop in order to make a real crack at building a career with their wares. Remember, content is king. If you are not creating things that people are interested in consuming, then do not be confused when no one pays attention to you in the sea of noise. I hope to showcase other groups that are creating unique content to build fanbases viral(ly). If you know of some, feel free to share in the contact form up above. In the meantime, check out Pomplamoose’s cleverly cute rendition of “September” by Earth, Wind and Fire: