Dyme Def is a rap crew out of Washington state and they have a new project called Sex Tape, sponsored by the T.I.T.S Brand (you’re getting how all this ties in, right?). If the sound of this song resonates with you, then you should support the video production budget (Gianna was probably paid $$$$) and buy Sex Tape. Here are the links (Label store / iTunes). 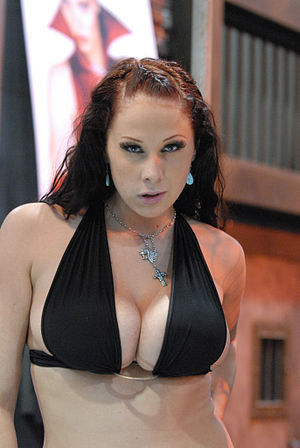 Like the song? Consider buying the project! Each purchase helps this blog continue to provide compelling content such as this.

Once you are done watching and/or listening, how effective do you think this marriage of media producers will be? Everything seems to be in place. How do you their respective audiences will respond?

I have developed a set of music industry “secrets.” These “secrets” are designed to develop positive behavior, so do not expect a ton of tactical talk. Strategy will be the ultimate takeaway. In each shared “secret,” we are going to give ideas that should help you make the right changes toward a substantial music career. Be sure you check out the previous “secrets” of “Be Yourself”, “Reach Out” and “Listen” before reading this.

If there is one thing that is more annoying than a spammer, then it has to be the person that cannot tell when they are spamming or at least have too much ego to admit it. You either know people like this or you are one of these people. Today, we are going to focus on the egotistical person and hope by giving (an) unknowing spammer(s) an existential update will put a stop to the offenses. Hubris is more difficult to circumvent, as it can have lasting negative effects, even after correction. 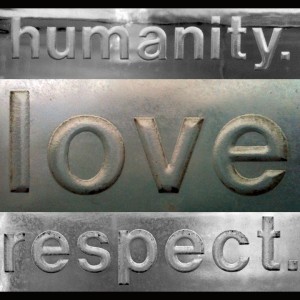 The world is a noisy place. Billboards, television commercials, Facebook, Twitter, blah blah blah… we are vying for each other’s attention at every turn. As an artist, you are well aware that you are one of many. Many have come before you and many will come after you, so you do what you can to try to stand out from the crowd. Some of us just add some shine to our exterior; others try to look different. At the end of the day though, it is the content you provide that will really draw interest.

The issue is, the wait for others to notice you can be excruciatingly long. Everything else comes at us so quickly, why can we not speed up our success process?

Well, if we knew that answer, this blog may not exist.

What we can do is help you cope and get yourself ready for the successful connections that you are bound to attract.

As we are focused on those seem a bit too into themselves for their own good, it makes sense to repeat some things and iterate this – the world does not owe you anything. Stop acting like you are entitled to our attention, money and/or adulation. You are one of far too many! Get real!

We want to share this idea with you, brought to us by Amber Naslund of Radian 6 and Brass Tank Thinking, GET USED TO BEING IGNORED. It should be expected that it may take time for you to “get noticed.” You should see paying dues as a way to bide your time to getting what you want. It should all be in the effort to being ready for your opportunity when it comes. Forcing the issue will usually get you the opposite reaction that you want.

It takes patience. It also takes a humble understanding of your small place in the world. If you ever plan to have sustainable success in any facet of your life, then the virtues of patience and humility need to be critical tenets of your character.

SoundCloud is one of our favorite places to discover new music. There is a little bit of everything on there, but if you love electronic-based jams, you cannot beat the diversity of sounds on the site.

One of the coolest features on SoundCloud is the ability to follow artists and interact with them. With that idea in mind, we have decided to bring some of that interactivity here. Introducing SoundCloud Players, we will interview artists on SoundCloud that we dig and give you the opportunity to check out some of our favorite works by them. We hope you enjoy!

Our first feature act is Doc Illingsworth (Disclosure – I, Hubert Sawyers III, manage this act). He is a rapper / producer from Detroit, MI and is a member of the hip hop group, Detroit CYDI. He also released an instrumental collaborative project with a Swedish gentleman by the name of Erik L. You can check out the album called Northern Connection 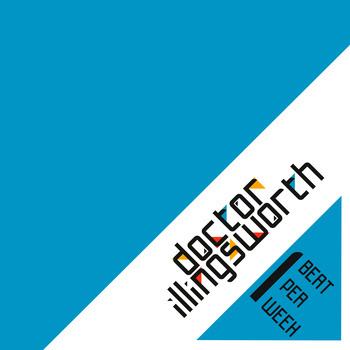 Why do you use SoundCloud? What are some success stories that you have had using the site?

I use SoundCloud, because I like the way they’ve designed their player. It allows users to leave comments (timed ones at that) and it also embeds into many sites. Unlike the Bandcamp player, it can play right inside sites like Facebook without taking you to or opening another webpage. I don’t like getting taken away from something I’m reading simply because I wanted to play someone’s tune, and I assume others feel that way as well. As far as success stories, I like that listeners can leave comments and that I can comment back to them. It just makes it easier for establishing a line of communication. I think of being able to communicate with the listener / supporter as a sucesss.
The supporters are your backbone, so you want to make some level of yourself available to them. Bandcamp, for example, doesn’t have a comment feature, so for the purpose of sharing a tune, SoundCloud wins in that area.

Do you have any strategy with how you’re using SoundCloud?

The main strategy I have now is just the coupling of SoundCloud and Facebook. As I mentioned before, when you click a SC link in Facebook it opens right there. It doesn’t open another page, it doesn’t take you away from what you started. This makes it easier for someone to listen.
You click play, you hear music. Simple. I just want to make it easy for people to hear me.

Who are some of your favorite artists to check for on SoundCloud?

I like Cream of Beats, 14KT, DevonWho, L05, Mike Gao, people like that. I like stuff from guys that pay a lot of attention to detail in their production, probably because that is something I’ve been trying to learn.

As far as I know, they have features that I like. They have comprehensive stats. For example, they can break the origin of your hits down by regions of the world. The only problem is that it’s not free. I currently haven’t purchased the additional features, but I feel like I’ll be doing so soon. This is because I’m nosy and I want to know where you’re listening.

Who/what are your influences? What songs that you feature on SoundCloud are good examples of these influences?

I really like the old prog rock stuff from the 1970s. I like spacey sounding stuff. I dig artists like the guys in Klipmode because they make really out there stuff. They use crazy electronic sounds, crazy drum patterns. I really like those out-there kind of rhythms. It’s weird because a lot of my own production is very chill and sort of subdued. As of late, I’ve been doing a little series called “1BeatPerWeek” where I’ve been trying to do things I don’t normally do. I don’t know if I’ve been succeeding but it’s been pretty fun. I’ve gotten lots of plays and comments and I’ve been learning a bit of discipline from the practice of posting a beat per week. One example of me trying to get a little spacey is this beat called “Not Really Fried.” It’s the 6th ( of 8 ) beat from the 1BeatPerWeek series. Here’s another example of me trying to add more variance and more detail to my production. This beat is called “My Style”

Some of our favorite tracks by Doc Illingsworth:

On Sunday, June 20th, I was invited to participate in a session at the Allied Media Conference in Detroit. The session was designed to be a catalyst agent to building a new music economy for artists in the city. Fronted by Ilana “Invincible” Weaver and Monica Blaire, the roundtable discussion focused on providing solutions to the problem ailing most music acts in the city of Detroit. As it becomes very apparent that artists tend to feel more loved away than at home, there was a feeling that more could be done to change the situation.

Although the scenario was brief, it was a powerful move in getting the future leaders of Detroit’s music business community together. [Other] Key persons in attendance were Vaughn Taylor of SplinkMe, Nina Morena and Jocelyne Ninneman of Fusicology, Sicari Ware and Piper Carter of 5e Gallery and journalists Tamara Warren and Jonathan Cunningham. One of the biggest takeaways from the discussion was that all parties in attendance should look to pool resources to build a stronger unit for the community. Instead of continuing working in silos, we should band together and create a unified network that encourages quality over quantity and garners brand recognition.

I know I look forward to working closely with everyone that I connected with at the conference. Hopefully there will be reports of progress in the very close future. As an advocate of leading by example, I look to coordinate some collaborative projects intending to help the music community at-large in Detroit.

A big thank you goes out to Invincible for the invite to participate. Make a point to follow her on Twitter.

Quick question: when you think about the business of music, what is your vision of a thriving economy?

We featured the Japanese TV Show-inspired video Trippin’ at the Disco” by People Under The Stairs. It seems that this idea has gone viral in this new video for Mark Ronson’s latest project with The Business INTL. Guest vocalists Q-Tip and MNDR add to the futuristic vintage sound and feel of the track.