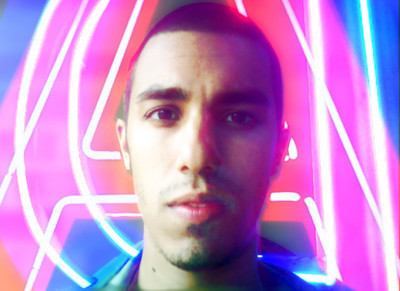 Why do you use SoundCloud? Do you have any success stories from using the site so far?
I first decided to use SoundCloud because it was the only music site that allowed me to post streaming player links to Facebook. In the age of high-speed internet, the attention span of internet users is extremely short lived. If users are not able to quickly and easily access music and information within one or two clicks, they usually won’t bother checking it out, especially in the case of new music. SoundCloud has allowed me to connect directly with listeners, whether through embeddable players, direct links, or entire sets, unlike sites like Bandcamp and Myspace.
I’m not sure if this counts as a success story, but I was recently forced to remove a remix of Drake’s song “Over” from my SoundCloud account. According to SoundCloud, Drake’s management filed a complaint against my version, claiming copyright infringement. While it’s unfortunate that I can’t have that (hot) remix available through my SoundCloud account, it was somewhat reassuring to know that my music had reached the ears of some movers and shakers, meaning that people are in fact listening in.

Do you have any strategy with how you’re using SoundCloud?
I love that I can use SoundCloud not only as a catalyst to promote myself publicly as an artist and producer, but as a collaborative tool to be utilized “behind the scenes”. I’m a constant tweaker, often changing mixes on songs several times in a day until I find the sound I’m happy with. My premium account allows me to replace files, send private links to colleagues, and download the original files on the road, which has proven invaluable to my style of workflow, and I’ve always felt like my files were secure. I keep a lot of hidden material on my account so that I can access it from anywhere- you never know when you need play something special in that “right place, right time” situation.

Who are some of your favorite artists to check for on SoundCloud?
I love checking for new tracks from artists like 14KT, Body Rock, Illingsworth, Professor Purple, and Seek Selekta, and it’s great that my dashboard keeps me updated on which of my friends is uploading new material. I’ve recently been finding some cool new music by roaming through people’s followers and randomly clicking on songs. It can be hit or miss, but sometimes I find some gems.

If SoundCloud could integrate some of the features of Bandcamp, such as being able to sell digital release packages, collect e-mail lists, and customizable artist profiles, it would be a monster of a site.