Your band’s album has been mixed and mastered.

All the creative design elements have been finalized and accepted.

You know you need an optimized website built for lead generation.

You plot to use your social channels to drive potential fans to the website either through a free song or a new video.

Obviously, you are not going to get fans without help, so you start by engaging your friends and family.

The reception for your feature media piece is well-received. It starts to get shared a bit.

As the e-mail list grows, you get excited. Things seem to be working.

Then you realize something. This is going to be more difficult than you thought.

No Matter How Much You Plan, Some Things Will Be Out of Your Control

Since late in 2010, I have been in consulting mode with a Detroit hip hop duo (D. Allie and Eddie Logix) by the name of Progress Report. It is not something of a novelty that I consult music acts, but I try my best to be sparing with my time. When I do decide to dedicate significant time, it usually means the act is special.

What made Progress Report special to me was simple. I was shown a investor proposal. In all my years being around musicians, I never knew any artist to have a business plan. This is not to say that artists do not write business plans. I just had not seen one in my young life.

The investor proposal was enough to intrigue me into dedicating a considerable amount of ideas, time and energy into seeing Progress Report have a successful launch of their debut record. The duo has put in even more time and energy, which has kept me motivated. As a young business owner, I made it a point to coach the guys into seeing what they were doing was a part of running a business. They made a product that they want to sell, so they needed to do things in a manner that will present value to the desired consumer. Fortunately, this was never a hard sell. 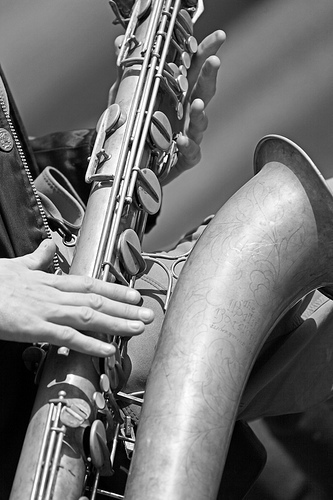 it is all in the details

In preparation for Progress Report’s debut releases, we did the following:

From these bullets, you would think we were textbook winning. I am here to tell you that while we have been doing okay there is still that layer of uncertainty that we all know. Being in the belly of the beast [admittedly for the actual first time], I have learned you rarely can plan something perfectly.

This might sound trite, but truth is truth. The dates I had down in spreadsheets, Post-it notes and moleskins were not scripture. The process I had envisioned became a clouded silhouette. If we were not so determined, this project could have easily been derailed. Luckily, our egos were in check and we were malleable to the situation.

We circumvented every slight setback and powered through each obstacle. We had to change CD replication companies. Our press goals had to be adjusted. The website is still a work-in-progress. The contest did not happen as announced. At the end of the day though, we still had an album that has been mixed and mastered for almost a year. It was time for it to be available to the world, so we made due with what we were able to manage.

Sure, I could say we just needed more time, but we needed to go ahead and do this. Honestly, I guarantee we would still have had snags. It is just the way it is. I needed this experience to see how things really work. It was time to put the books away and go to work. I am all the better for it.

What is your most cherished lesson from running a campaign for a music project? Please share with me in the comments.